Rosary to the Interior: For the Purification of the Church

DATE: February 2, 2020, the Feast of the Purification and Presentation
TIME: Chosen by your pastor or group.
PURPOSE: To pray for the Interior Purification of the Church, and the
Triumph of the Light of Christ over all sin and error.  [Please read entire proposal below].

On February 2, 2020, which is the day celebrating the double Feast of the Presentation of Jesus in the Temple and the Purification of the Blessed Virgin Mary (also called Candlemas), there will occur throughout the  United States the gathering of faithful in their parish churches  to pray the Rosary for the intention of the Purification of the Church, and the Triumph of the Light of Christ over all sin and error.

The Presentation celebrates the coming of Jesus Christ, the Light of the World, into His Temple. It is, in fact, the premier Feast of Light¸ and the Triumph of Light over the Darkness of Evil. Traditionally called Candlemas, it signifies the “success” and triumph of the Incarnation, has been traditionally celebrated with triumphal candlelight processions, and is the liturgical day designated for the blessing of candles.

The Purification is the Feast of Our Lady considered to be the oldest Marian liturgical Feast in the Church (having its beginnings in the liturgical life of the Church in Jerusalem) which, while exteriorly signifying an act which fulfilled the prescription of the Old Law, interiorly represents a whole new reality. The purification prescribed in the Old Law was in consequence of original sin and the pain and “sorrow” which now accompanied all childbirth. Mary, conceived without sin, was free from this sorrow. The Purification of the New Testament is therefore to be identified with the interior suffering of Mary, and the prayer and penance of her spiritual children, which is necessary for the purification of the  Church in order that Christ’s Light may radiate throughout the Church, and from there into the world:

“And Simeon blessed them, and said to Mary his mother: Behold this child is set for the fall, and for the resurrection of many in Israel, and for a sign which shall be contradicted; And thy own soul a sword shall pierce, that, out of many hearts, thoughts may be revealed.”

The Church has now been penetrated by a darkness greater than at any time in its history – not only the darkness of sexual sins and other moral “filth”, but that which consists of every conceivable form of error masking itself as truth, and of darkness masquerading as light. The task of unmasking these “thoughts”, and thus paving the way to the Triumph of the Truth of Christ, has been entrusted to Mary. Most specifically, it has been entrusted to Our Lady of the Rosary. St. Paul writes, “The night is passed, and the day is at hand. Let us therefore cast off the works of darkness, and put on the armor of light.” The Rosary, as revealed in the messages of Our Lady of Fatima, is this armor of light possessing the power from God to cast off the works of darkness which now pervade the Church, the world, and especially the minds and hearts of individual Catholics.

We need to be immensely grateful to Poland for beginning this militant crusade with its “Rosary on the Borders”, and for Catholics in Italy and Ireland who have followed suit. The title “Rosary to the Interior” is singularly appropriate to such an effort in the United States, since we are a primary source of the evils that have permeated the modern world: abortion, contraception, the destruction of the family, pornography, homosexuality, materialism and consumerism, all the evils of the media which destroy the intelligence and morality of young and old alike, denial of the Kingship of Christ over all nations, and manifold heresies in regard to the Truths of Christ.

We also need to recognize that Polish Catholics were right in coupling this collective praying of the Rosary to the fate of their nation. St. James the Apostle declares: “the friendship of this world is the enemy of God” (James 4:4). In the United States this “friendship of the world” has taken the form of constant compromise with American culture and politics, which has produced all those evil “fruits” mentioned above. The campaign of the Enemy within the Church is now taking the form of declaring an end to this “enmity” between Christ and the world, and of promoting inclusiveness towards every conceivable form of evil. The Rosary must therefore be embraced not only as a form of armor protecting us from personal evil, but as a militant weapon in order to defeat the deceits of those who work in darkness, from within, to overthrow Christ and His Church. It must now, first and foremost, be directed in intention towards the Interior of the Church.

Finally, it would seem especially necessary, given the profound lack of unity which exists among various apostolates and agendas operating within the United States, that this effort not be taken over by any one organization. We pray that it will rise from the hearts of many, be promoted by every form of organization and media, and be subsumed by none. Let it thus proceed as a united effort to purify the Church and convert our nation.

We are at a point in the history of the Church in which none of the normal apostolates which sustain the life of the Church – catechesis, proper intellectual formation, all sorts of organizations in defense of faith and morals, apologetics, etc. seem to possess the power to resist and defeat the enemy, who is always encroaching and making progress against what appear to be even our best defenses (including the rosary). We pray the rosary “against” Islamic jihad, secularism, abortion, and all those forces and institutions which wage war against all that we hold sacred (including Marriage and the Family), and we pray the rosary “for” an end to these things. And yet they continue to advance, seemingly at a geometrically increasing pace. We must ask why.

The answer consists in that truth which has been succinctly expressed in a great many ways by such Popes as Pius IX, Leo XIII, and Pope Pius X: namely, that only the Catholic Church possesses the light and the power to build, nourish, and protect Christian civilization. And, tragically, this power and light has now been weakened and dimmed to a point that the Church has largely been reduced to the status of a minor character and victim upon the world stage. The salt has lost its savour, the light is hidden, the bride befouled. And what is most debilitating about this interior pollution, both within our individual selves and the Church as a whole, is that it is self-perpetuating and increasingly blinding. The more compromised with the world we become, the greater becomes the hidden guilt which causes us to be obsessed with the enemy without, rather than doing what is necessary to restore the light within.

The Rosary To The Interior: For the Purification of the Church, while being inspired by the Rosary on the Borders in Poland on Oct 7, 2018, and the Rosary on the Coast in Ireland on Nov 26, 2018, is indeed constituted as something quite different. It requires that we turn our gaze inward in order to see both the problem and the solution. It certainly may be amended to suit individual circumstance, but the intention should remain the same. It is a Rosary to the Interior. It is a Rosary for Interior Purification. It is a Rosary to rekindle a Light that has been profoundly dimmed. And this is why it almost cries out for Candlemas – the Feast of the Presentation of Our Lord and the Purification of the Blessed Virgin Mary – for its occurrence.

As to organization of this event: This effort is designed to begin in the hearts and minds of individual believers, inspire them in a missionary effort towards their local parishes and pastors, and culminate in rosaries and prayers in these churches for the purification of the Church. By its very nature it requires not organization along secular lines (states, nations, geographical boundaries, etc.), but is designed to move along, and upwards through, the sinews of the divinely constituted structure of the Church. Letters have already been sent to over 200 bishops detailing the nature and purpose of this event. These letters were not intended for making this event into something which would begin from the top of the hierarchy. Informing the bishops was simply the Catholic thing to do, and hopefully will help create an attitude of receptivity among them. We might tend to think that it is only the simple faithful who possess the poverty of spirit necessary to utter this cry for help (and this truly is what this event must be), but it is also true that any bishop or priest who loves Christ and Church (and we certainly are not allowed to make preemptory judgments about who may or may not possess such a love) must also now be in a state of increasing helplessness, where he too might be open to God’s grace, and to seeing that the solution to our present crisis lies in the supernatural means which God has provided. In the charity we are to possess as Catholics, and as members of the same Mystical Body, we must not in any way dismiss or ignore them.

Note: Any of the above may be freely used and copied. As long as the intention remains the same – “Rosary to the Interior: For the Purification of the Church” – it may also be amended to suit individual circumstances. We suggest that parish priests and bishops be asked for permission to use their Church, and even to promote this endeavor from the pulpit and the church bulletin. Finally, we would ask all those interested in participating in this Rosary to the Interior to consider what contacts they might make in order to promote this effort towards the purification of their Church. Its power and effectiveness, with the aid of God’s grace, is designed to begin in the heart of each individual believer and multiply to unity with all the faithful in a cry for God’s mercy and assistance. 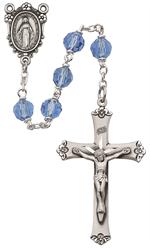 The Presentation celebrates the coming of Jesus Christ, the Light of the World, into His Temple. It is, in fact, the premier Feast of Light¸ and the Triumph of Light over the Darkness of Evil. Traditionally called Candlemas, it signifies the “success” and triumph of the Incarnation . . . Read More.